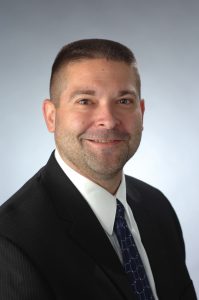 Eric joined Student Living (SL) in 2021 as Director of Apartment and Off-Campus Living. In his role, Eric oversees our South Campus, off-campus, and commuter student communities. He is also responsible for operations within the Student Living.

Prior to joining SL, Eric served as Associate/Interim Director of Student Rights and Responsibilities from 2013 - 2021. In addition, Eric previously worked in Student Living in several different capacities from 1998 - 2013. He earned his Master of Science degree in Counseling/College Student Personnel Work in 1998 and his Bachelor of Arts in History in 1996, both from Shippensburg University in PA.

Eric enjoys rooting for his favorite sports teams: the Syracuse Orange, the Miami Dolphins, and the New York Yankees. When not at work, he enjoys spending time with his wife and three daughters, his dog, relaxing at the beach, reading political/spy thrillers and history books, and hiking. Eric is a fan of country music and the Rolling Stones. 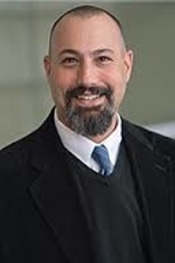 Joe joined Student Living (SL) in 2019 as Assistant Director of Apartment and Off-Campus Living. In his role, Joe assists his director overseeing the South Campus, off-campus, and commuter student communities.

Prior to joining SL, Joe served as the Manager of Off-Campus and Commuter Services from 2017 to 2019. In addition, Joe previously worked in the Whitman School of Management managing the IMPRESS Program and as an academic advisor. Joe started his career at Syracuse University in the Office of Admissions. Joe has been on Syracuse University’s campus serving students since 2000.

Joe bleeds Orange as well as Buffalo Bills and Buffalo Sabres royal blue! Joe enjoys spending time with his wife, son, and his dog. Joe’s undergraduate degree was earned at SUNY Fredonia where he earned his degree in elementary education. Joe served for 10 years as an elementary school teacher here in Central New York and in Virginia Beach, Virginia. Joe enjoys sports, the outdoors, spending time with his bandmates, and classic rock.

Rachel joined Syracuse University in October 2021 as the Residence Director for Apartments and Off-Campus Living.  Previously, Rachel was the Assistant Director of Residence Life and Deputy Title IX Coordinator at Keystone College. She is a Pennsylvania native where she earned her bachelor’s degree in Communications at Keystone College. Rachel is also earning her Master’s in Higher Education Administration from Purdue University Global. Rachel loves spending time with her family, reading psychological thrillers, watching baseball and football, and has a goal to visit every major league baseball stadium. 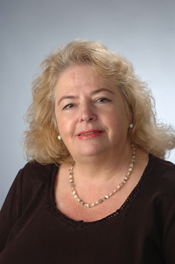 Melinda has worked at Syracuse University for over 20 years. She enjoys fun with family, good films and books, good friends, and her cat.