First established at the University of Michigan College of Literature, Science and Arts by Fred and Judy Wilpon, the Kessler Scholars Program has grown as the leading scholarship program for first-generation students. The program is distinct in that it provides comprehensive support through wrap-around, multi-tiered services to ensure students’ success from the moment they enroll to after graduation.

Huey Hsiao serves as the associate director of Multicultural Affairs and the Kessler Presidential Scholars Program.  In his role, he provides leadership and direction on programming that enriches Syracuse University's diverse campus culture and results in students' academic, social and personal success.

In addition, Huey leads the nationally recognized WellsLink Leadership Program, and coordinates the University’s annual celebration of Asian American and Pacific Islander Heritage Month.  Huey also serves on the Chancellor’s Task Force on Sexual and Relationship Violence and the Chancellor’s Ad Hoc Committee on DACA/Undocumented Students; and he is the Student Liaison for DACA/Undocumented students and students with "mixed-status families."

Huey has nearly two decades of experience in higher education in roles spanning diversity and inclusion, student success, international education, advising, enrollment and recruiting.  From 2006 to 2011, he served as assistant director of student services for M.B.A. and M.S. programs at Syracuse University’s Martin J. Whitman School of Management.  Prior to joining the University, he held multiple positions with the Council on International Educational Exchange (CIEE) (1999-2004), including program advisor and program officer and enrollment officer, in addition to a semester abroad as assistant resident director at National Chengchi University in Taipei, Taiwan.  He also taught English-as-a-Second-Language at Nankai University in Tianjin, China, through the Colorado China Council (1997-1998).

Huey was born and raised in North Haven, CT.  He received a bachelor's degree in biology and an Asian studies certificate from the University of Rochester.  He earned an M.B.A. from the Universitat Pompeu Fabra in Barcelona, Spain. 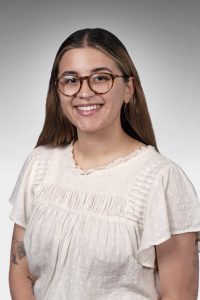 Breana Nieves Vergara joined Multicultural Affairs in July 2021. As coordinator of mentoring programs, Breana is responsible for maintaining both the fullCIRCLE and Dimensions mentoring programs, as well as leading Latinx Hispanic Heritage Month and supporting the Kessler Presidential Scholars Program.

Breana received a bachelor’s degree in sociology with minors in Latinx studies and education studies from Ithaca College. During her time at Ithaca College, she was a part of the BOLD Women’s Leadership Network, which provided her with the opportunity to pursue a year-long Helen Gurley Brown fellowship post-graduation. As a Syracuse native who was previously an On Point for College student herself, Breana worked for the organization and served as the programming fellow where she created and coordinated their mentorship program.

Breana is interested in initiatives that focus on guiding students on their academic journeys, as well as creating an environment that encourages identity development and fosters community. In her free time, Breana enjoys spending time with her partner, and their cats, Fernando and Oliver.  She also enjoys exploring waterfalls, trying new recipes and reading ethnographies.

Lizbeth Ramírez Gaytán is a Latina first-generation college graduate originally from Chicago, Illinois. Lizbeth graduated from Carleton College in Northfield, Minnesota with a bachelor's degree in linguistics and a minor in Spanish. Currently a graduate student at Syracuse University's College of Arts and Sciences, Lizbeth is pursuing a master's degree in speech-language pathology with plans to become a licensed speech-language therapist. She is interested in working with underrepresented communities and providing preventative and early intervention speech-language services for low-income and marginalized families and youth.

Lizbeth has taken on various peer-leadership and academic coaching positions during her undergraduate career. She aimed to work and be a resource for peers that also held a first-generation, Queer-Trans, or BIPOC (Black, Indigenous and people of color) identity. She has worked as a Resident Assistant, CUBE Coach and a Gender and Sexuality Residential Associate. Lizbeth also held positions with housing non-profits. More recently, she worked as the volunteer coordinator at La Casita in Syracuse.

As an academic consultant with the Kessler Program, Lizbeth hopes to expand her professional and academic network, and she is excited to be more involved with the campus community and first-generation college students. 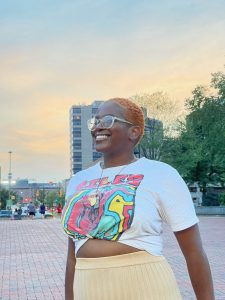 "The Kessler Scholar Program prepared me to have a successful college experience by giving me extensive knowledge of the resources available on campus, providing support in both academic and emotional growth, and helping me find a community of individuals who shared similar experiences to me. To be able to have the support of this program, especially during the pandemic, was monumental for me because of the stress and pressure that comes with being a first generation college student. Although it’s difficult to navigate higher education systems by myself, it means the world to me to be able to achieve the goals that my parents weren’t able to. I really appreciated that I didn’t have to fend for myself with Kessler; the mentorship was truly the most impactful part of the program and my freshman year. My mentor was extremely supportive and helpful in making me feel comfortable on campus.  My mentor’s support benefited me so much that I decided to become a mentor myself! Now a sophomore, I am a Kessler mentor, alongside being a mentor for Dimensions, a program focused on women of color. I’m also part of The Helpful and Ethical Leadership Project, a program focused on providing aid to the homeless in Syracuse, the Sustainability Committee of Syracuse’s Student Association, and La Société Francophone."

Sebastian Lopez, Class of 2024 Kessler Scholar, on Participating in SummerStart 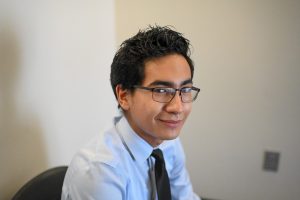 "At first, I was a bit intimidated of SummerStart, now I can’t see myself without it. SummerStart gave me the chance to get a head start on my new life in college. It helped me get a real understanding of how things worked before the real year started. SummerStart is an experience that I will never forget."

"The connections that I have made in this program are the best part of the experience. Not only have I made friends through the program, but also just being able to have the knowledge at my disposal of so many people who all play different and important parts here at Syracuse is amazing and a great resource to have. "

Kessler Scholars must be full-time enrolled students at Syracuse University who identify as first-generation.

All Kessler Scholars will participate in SummerStart, a six-week residential program that takes place prior to the start of the fall semester.

In addition, scholars must maintain a 3.0 GPA; participate in the program-sponsored workshops, group gatherings and special events; attend regular meetings with peer mentors and staff;  and engage in volunteering and community service projects.